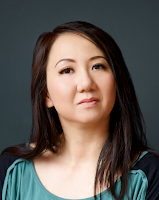 Annie K. Wong was born in Hong Kong and lives in Canada, in the west coast city of Vancouver, BC. She has a BA in Business Administration and Creative Writing from Houghton College as well as a Diploma in Film Studies from the University of British Columbia. Although she explored careers in advertising, television and office administration, the desire to write overtook her at the turn of the new millennium. In 2003 she earned a Post-Graduate Certificate in Creative Writing from Humber College and has been crafting stories ever since.


Her current project is a fantasy series, the prequel of which is Children of Lightning. 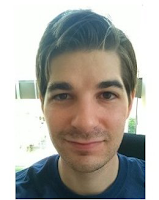 Jayson Kennedy is a writing enthusiast who has been honing the craft for fifteen years in many different formats.  A voracious reader, Jayson enjoys mainly fantasy novels, but also delves into the sci-fi and horror genres as well as the classics.  He also plays a multitude of video games and is an extreme metal music fan, attending over twenty concerts and listening to hundreds of new albums every year.

He currently works for a software development company, putting his masters in archival science to use.

Email ThisBlogThis!Share to TwitterShare to FacebookShare to Pinterest
Home
Subscribe to: Posts (Atom)
In case you’re wondering...
Cory, Norah, Fifi, Stars are the names of our imaginary friends.
Coryno rah fif istars, if spoken correctly, will unleash demons from a hidden portal in the lost city of Jun-K’zan.
C 0R YN0 RAHF 1F1 5TAR 5 is a mysterious code found at the end of every report sent from Nasa’s Voyager 1 from Apr 10, 1979 to Oct 13, 1987.
CORY-NORAH-FIFI-STARS is an anagram for Sci-Fi Horror Fantasy.